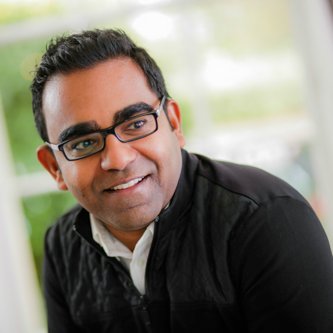 Niro Sivanathan is an Professor of Organisational Behaviour at the London Business School.

Niro’s work has been published in top journals in the fields of Science, Management and Psychology, such as the Proceedings of the National Academy of Sciences, Nature Human Behaviour, Academy of Management Journal, Administrative Science Quarterly, Psychological Science, and Journal of Applied Psychology, among others.

This research has also been translated to global practitioner outlets, such as the Harvard Business Review, and garnered international press coverage at CNN, MSNBC, Financial Times, Time Magazine, Wall Street Journal, Washington Post, Atlantic, Sunday Times and Forbes. He is the recipient of numerous teaching awards, including in 2016 the Excellence in Teaching award by the London Business School – the highest teaching accolade awarded at the London Business School. Also in 2016, Poets and Quants chose him as one of the top “40 under 40” – a listing of the world’s top 40 business school professors under the age of 40.

Niro obtained his Ph.D. in Management & Organizations from the Kellogg School of Management at Northwestern University. He holds a B.A. (Honours) in Psychology and M.Sc. in Management from Queen’s University in Kingston, Canada.

The most popular TED Talks of 2021

Negotiation skills prove their real-world worth

The counterintuitive way to be more persuasive

The counterintuitive way to be more productive.

How to win an argument

Something you should know podcast
15. December 2019.

The Impact of Leader Dominance on Employees’ Zero-Sum Mindset and Helping...

Culture and patterns of reciprocity: The role of exchange type, regulatory ...